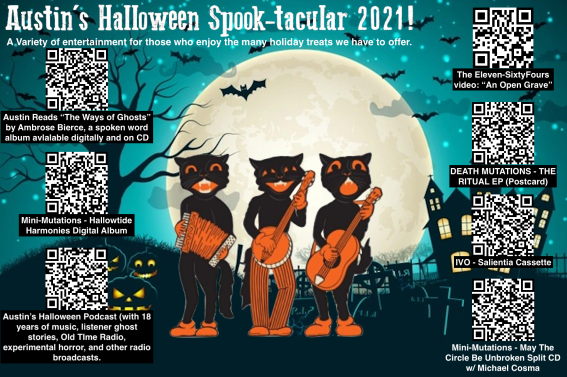 Usually I try to make a bit of a production about the holiday season, doing weeks and weeks of Holiday Broadcasts, and producing some killer radio content… for those who enjoy this time of year. So when I realized that it is already over HALFWAY through October when I had a chance to sit down and think about the Holiday Season, I realized that this year was not going to get the same kind of treatment that I try to offer most years.

However, as it happened, I managed to produce a fair amount of musical content, all centered around the holiday. Namely: three of the projects I’m involved with actually produced holiday items this year. And there’s plenty of other items to choose from, too, if you want to enjoy material from over the years, too. So this card is a little shortcut to all of that stuff. Here’s a little more detail, for those who are interested:

The Eleven-SixtyFours are brand new this year, and have already released to singles. This track is from their forthcoming EP, “Sack The Sacklers,” and this is the first video from that EP. Perfect for Halloween, this is our theme song this year, helping get us in the mood when we’re just not feeling it.

October’s postcard this year is a new release by DEATH MUTATIONS, with a new EP of Experimental Horror atmospheres. This is perfect for putting on the porch, and letting it play for anyone who passes by the house. It also works magnificently on it’s own, in your home or on the bus, commuting to work. Not for the faint of heart. 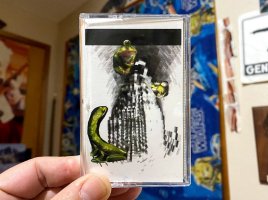 At least a couple years in the making, this new project is the collected effort between Le Petit Sac and Mini-Mutations, and offers an experimental horror release that is a frantic and chaotic as one would expect, with long passages of eerie, spooky sounds that are perfect for setting the mood. 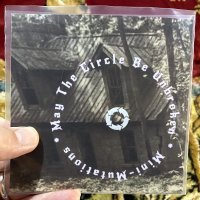 Produced and released last year, this split CD contains 30 minutes each from both Mini-Mutations and Michael Cosma, exploring some of the more eerie sides of experimental music. For the Mini-Mutations side, you are treated to an immersive audio narrative, with music, that takes you to some terrifying locations. This release now comes with a download code that offers an EXTENDED version of the story, and instrumental versions of the primary tracks. This is an excellent release that you can’t get anywhere else. 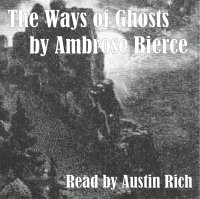 5.) Austin Rich Reads “The Ways of Ghosts” by Ambrose Bierce

One of the earliest attempts I made at spoken word, this collects all the pieces that I aired on the radio, plus some bonus bits that hadn’t been released yet, to create this holiday offering. The CD and the digital release each contain slightly different bonus tracks, making your preference determine what sort of extras you’re likely to hear.

Recorded during the first Mini-Mutations tour, opening for Mark Hosler in 2018, this digital album collects all the spooky and scary material that I performed. Two and a half hours of live, mutated and creepy performances, guaranteed to put you in the mood for an All Hallow’s Celebration! 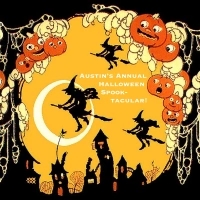 For the past 18 years, I’ve been collecting and presenting Halloween Radio, every year around this time. Now, you can listen to all of those broadcasts, covering a number of shows with over 100 hours of programming. Music, Old Time Radio, listeners calling in with scary ghost stories, live performances, experimental radio, and plenty of vintage audio fun, as we mine all of recorded history for anything scary, spooky, sinister, or just plain full of Halloween Fun. It’s all right here, for you to enjoy!