A new release coming in January.

A new release coming in December. 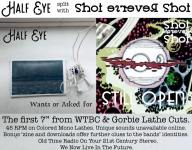 New music by Seattle’s Half Eye and the debut release by Shot Reverse Shot, on our very first 7″ record. This music isn’t online, and the digital downloads are not the songs on the record. To hear this music, you have to buy this disc. Available for pre-order now; won’t ship until November.

New material by Florida artist Formaldehydra & Oregon artist Mini-Mutations, recorded during the recent fires we suffered from in September. This music isn’t online, and while sold through Bandcamp, cannot be streamed there. If you want to hear these songs, they only exist on these discs. Available for pre-order now; won’t ship until November.

A split release as part of the EC Split series by The Electronic Cottage. The CD includes download codes for “Hallowtide Harmonies” and “The Ways of Ghosts.” 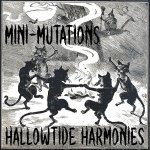 This Halloween collection provides listeners with a number of frightening live performances recorded during the October 2018 tour with Mark Hosler. These performances are moody, eerie, and the perfect way to get into the holiday season. 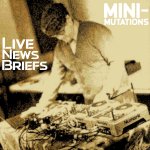 This digital album collects the recordings made during the Spring 2019 Mini-Mutations tour, where Austin and a number of guests offered some frank and direct news briefs for you to keep informed during these trying times. 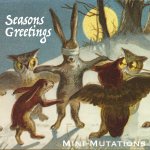 While the Christmas Season can be difficult for many, there are occasions where the right kind of story can really bring the sprit of the holiday home for you and yours. The collection features a number of live radio performances (and some in front of audiences), all tailored to speak to the essence of the season.

This cassette collections live performances by Bast Awakening (Ellen Klowden & I Died), and DEATH MUTATIONS (I Died & Mini-Mutations.) The tape is short and sweet, but comes with bonus downloads of other material not available elsewhere!

This split cassette contains a mini-zine, original material not available digitally, plus a download code for even more music that you can only get digitally. This tape has a bit of an ecological message, and all the material to make the tape and covers was found in thrift stores.

This CD is not available online, and comes packaged with a long essay on the role that building have in our lives. Three paintings by the artist Devin Miller were commissioned for the cover (and interior) art for this release, and were designed to work with the music on the disc.

WTBC 0017: So, What Happens Next? by Mini-Mutations Tape (Edition of One-OUT OF PRINT)

This Edition Of One C-90 contains a unique performance by Mini-Mutations that you cannot hear anywhere, except on this tape. It is currently out of print. All rights to the recording transferred with the tape, so unless the owner chooses to release the material, it will remain out of print. 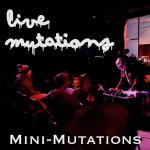 This “Double” Disc Digital Release collects many of the earliest live performances from the beginning phases of Mini-Mutations, up through the October 2018 tour with Mark Hosler. The recording quality varies widely on this collection, but it does capture all of the unique performances, most of which were not repeated more than twice (many only once).

This release was made in two editions. Both come with an 8″ Mono Square Lathe cut Record, with original studio compositions that are not available anywhere else, cut by Gorbie Lathe Cuts. The covers were hand cut, with two original collages inside each record. A download code includes two hours of bonus material not one the record. First Edition is out of print, and came with a Gray Cover, and came with the “20 Minutes Into The Future” ‘zine. Second Edition came with a Green Cover, and came with $15 in Mutated Money.

This collection of live performances on the radio was assembled to take out on the spring 2019 tour. Containing longer pieces to illustrate some of the droneier aspects of the project, the digital version contains over an hour of bonus live radio jams.

WTBC 0012: Live (Early Transmissions) by Mini-Mutations DVD (OUT OF PRINT)

This DVD collects live video of some early Mini-Mutations performances, neatly assembled and edited in a sixty minute presentation. Tentative, with varying video quality, it contains some early hits by a new-ish act. This collection is currently unavailable, online or elsewhere. 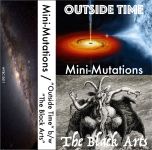 WTBC 0011: Outside Time / Black Arts by Mini-Mutations Tape (OUT OF PRINT)

This C-40 was one of the most popular items produced by Mini-Mutations, and every time I would produce more, it would sell out. Currently, these tunes are not available in any other form, and until I source more C-40 tapes, is out of print.

WTBC 0010: You Are There by Mini-Mutations CD (OUT OF PRINT) / Digital Release

Mini-Mutations offers a number of different kinds of music, and on this collection, field recordings are emphasized. This is a continuous, hour long presentation, with bonus tracks on the CD that are not available on the digital version, and vice versa. (And, for the time being, the CD is currently out of print.) 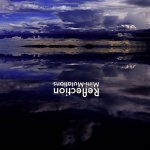 WTBC 0009: Reflection by Mini-Mutations CD (OUT OF PRINT) / Digital Release

Mirrors, bouncing, and copies of images that are far too familiar is the focus on this album, with bonus tracks on CD not on the download, and vice versa. Unfortunately, the CD version is currently out of print.

Mashing up Old Time Radio and other audio anomalies, this disc contains a full narrative audio experience, with bonus tracks on the CD that are not on the download, and vice versa. At this time, the CD version is Out of Print.

WTBC 0007: Confessions of a Social Network Junkie by Mini-Mutations CD (OUT OF PRINT) / Digital Release

The first Mini-Mutations release, originally designed to be a split with Red Panda Death March. Later, bonus tracks were added to the CD that were not on the download, and vice versa, fleshing out the Mini-Mutations style. Join us as we explore social media, and all that it does to us on a daily basis. 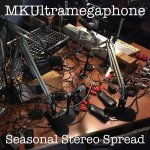 MKUltramegaphone is horridus (of devils/club) and Austin or Mini-Mutations. MKU was the proto-version of Mini-Mutations, and this collects the two studio sessions we produced, and some bonus tracks on the CD that are not on the download (and vice versa). Unfortunately, the CD is currently out of print. 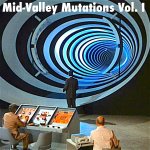 This is a collection of live material recording on Mid-Valley Mutations, focusing mostly on other artists. This compilation was assembled before both MKUltramegaphone or Mini-Mutations were established, but contains proto-versions of both acts! Available as a CD, a Tape, a “Digital Package” as well as a plain old download. The CD and “Digital Package” are currently out of print.

WTBC 0004: The Ways of Ghosts by Ambrose Bierce (read by Austin Rich) CD (OUT OF PRINT) / Digital Release

This spoken word album contains “The Ways of Ghosts” by Ambrose Bierce, as read by Austin Rich. The original Digital Release merely contained the story, but a later version was expanded to contain bonus tracks, and a CD version was issued that had further bonus tracks. At this time, the CD is out of print. 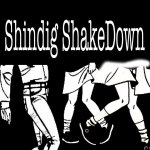 Over 80 artists contributed to this collection, producing music, videos, ‘zines and other work. It was then given out as a “party favor” at Austin’s 40th Birthday Party. Presented like a 7″ but more like a ‘zine with download codes, it features work from friends of the radio show big and small. The “Digital Package” comes with ‘zines and other goodies that have remained intact over the last five years.

This collection from 2013 was assembled for the 15th Anniversary “BlasphuphmusRadio.com-travaganza” that was help et East End / Slim’s over two days in April. Initially, the collection was issued as a download code, inside of a blank case containing a blank CD. Now, it is only available as a download.

Long after the band had stopped performing or being an ongoing concern, a collection of performances and studio recordings was assembled in the early 2000s, which only saw the light of day in 2013, to correspond with the 20th Anniversary performance that Cathead gave at East End. Originally, paper “drone” airplanes were designed with download codes attached, and the audience was bombed with them on the night of the show. Now, a CD version is also available.