Projects that are currently active. 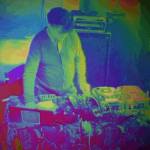 Lob Instagon & Austin Rich are NOYZ STALLYNS, two energetic experimental performers who have joined forces to bring you the MOST EPIC and EXCELLENT noise that you have EVER heard! Acoustic Noise, traveling all over time and space to help you enjoy this intense performances! Station!

A short-lived band performing a handful of times at Icky’s Teahouse.

Improvisational music group performing on the radio and around Portland, OR.

A short-lived band performing almost 25 times in and around Eugene, OR, which resulted in this collection of recordings.  (Also available as a “Cathead Drone” paper airplane with download code.)

This is a project that grew out of radio collaborations done on Mid-Valley Mutations with devilsclub, which resulted in a number of live performances and recorded collaborations (including a live gig on KEXP.)

Production, Engineering, Design and other appearances on other albums.