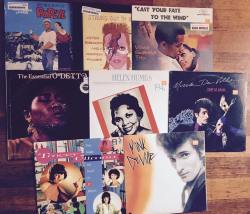 At about 8 PM on Christmas Day 2016, my home was broken into.  My wife, cat and I were with family at the time, and most of the neighbors were, too.  Even worse, we were in the process of moving.  For a number of reasons that defy logic and explanation, we moved mostly on Christmas Eve.  We had left some things to move after Christmas, and thought that we could leave our house unattended until we were done celebrating.  But when we arrived at our old house on the 26th, we found that everything that wasn’t nailed down had been ransacked and overturned, while anything of actual value was loaded into a truck and moved.

Who would be suspicious?  We were doing just that the day before.

To make matters worse, both my wife and I had offices in the old house.  We were planning to continue working out of there until we had Internet service at our new place, which wouldn’t be connected until January 4th.  This means that in addition to our bicycles and lawnmower, they got our laptops, my desktop and studio recording gear, my wife’s collection of purses and her winter coat, and a stack of the last records I had not moved yet.  In total, it was about $6000 worth of stuff that was stolen.  Someone’s Christmas present to themselves, probably snorted  before the week was out.

One of the hardest things to do (at first) was come to terms with what was stolen.  It was hard to remember, at first.  With each new corner turned, we found something else that was gone, something else that they took.  And we still haven’t unpacked from the move.  Who knows what else we’ll find missing, when all is said and done, when we can no longer use that as an excuse.  How do you look for things that are missing?  How do you notice what isn’t there?

While we are not quite over what had happened, the immediate shock has faded.  And we’ve come to accept what is gone, in a way.  But when I think about what we lost, the thing that is most frustrating is the pile of records they stole.  It was an assortment of recently heard and recently acquired stuff, plus a few things that had not been filed when it came time to pack.  I had less than 20 records in that pile, maybe more, maybe less.  I was gonna use some for my radio show, but on the whole it was just stuff I was looking forward to, things on my mind just before the break-in.

This isn’t a complete list, nor is it the most valuable or the most precious.  These are just the things I remember that were in that pile, and stuff I wish I still had.  Much of this stuff came from Dimple Records, a place I visited just before we began to pack.  (Thanks Dad & Mernie!)  It seems important to Eulogize these albums.  It’s likely they never found a home, never got sold, and wound up in some dumpster somewhere.  They deserve a proper burial, a goodbye to music that will go unappreciated. 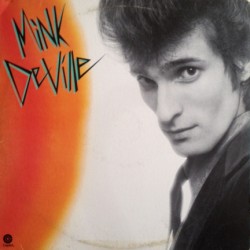 I really only knew “Spanish Stroll” by Mink DeVille, but for a steal, I decided to check them out.  My wife and I listened to these, and we actually enjoyed them a lot.  I was really looking forward to enjoying them, too.  Now some junky probably threw them away when it turned out that they weren’t particularly valuable.

I picked this up based mostly on her reputation.  Odetta is a legend, and while I wasn’t familiar, I was looking forward to learning more.  This is probably typical for her career.  Overlooked and ignored, Odetta is tossed around by people who could not care, and when in the hands of a fan, is never given a chance to be appreciated.  Poor Odetta.  You didn’t deserve this, at all.

Here’s the real tragedy: we had gone to the record store day sale, not only to get some stuff for me, but for my wife.  She specifically wanted this, and we got it, excited to support the cause, and hear the tracks that were getting a lot of play because of the recent losses to the music world.  These assholes don’t realize how much the music world is suffering.  Instead, they want a quick score, and even though I can hear this album anywhere online at any time, that is not the point.  This one was completely unopened.  Pristine.  And now, completely destroyed, ruined by nameless assholes who will never care.

In the year 2000 I heard that my favorite band – Negativland – was running low on vinyl copies of their albums, and that they would be selling CDs after the LPs sold out.  I immediately ordered a copy of their first album, and got a nice hand-written letter back.  The album came with a custom made cover, a collage assembled by the band members.  I ordered another, but by then the LPs were gone, and got CDs for their remaining albums.  I loved that album, and listened to it often.  It sounds good anywhere, anytime, and I just wish the junkies had taken the time to listen, and get to know the album.  It is well worth it, no matter what your interests are.

6.) The History of Bob Wills & The Texas Playboys

Bob Wills is great, but there isn’t anything special about this record.  It is older than me, and it has a lot of hits.  But I love it mostly because it belonged to my Grandmother, who has passed.  You will never love that album as much as I loved her.  What dicks. 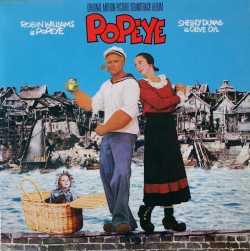 I already have an original copy of this record, but I decided to pick up the Record Store Day reissue because there is no other movie that can make me cry faster than Popeye, and the soundtrack is no exception.  I’m not as mad about this, because I’m sure even the bonus tracks are easy enough to find.  But this was unopened.  And, to be honest, this is probably the most personal attack of the bunch.  You don’t care about these songs like I do, like my family does.  How dare you.  That record is too good to be treated like that.

4.) Cast Your Fate To The Wind by The Vince Guaraldi Trio

I’m trying to imagine these junkies putting this album on.  Do they know who Vince Guaraldi is?  Could they connect with the music of Black Orpheus?  What would they get out of it?  Would they enjoy it?  Do they understand the journey into the underworld that they have taken?  Would I have enjoyed this album?  Do I enjoy the irony?  Who can say…

They probably broke this album in 17 pieces.

I took a chance on this record because of the price and because it seemed like a good bet that it was good.  And it probably is, but that’s not the point.  I had entirely forgotten I’d bought this album until I saw a picture of it that I’d taken, just after I purchased it.  Part of me feels bad; I didn’t even remember that it was gone.  That’s awful of me.  How many albums do I have that I neglect in some way, that needs attention that I can’t even remember?  The dangers of collecting?  Perhaps.  But I would have at least given this album a chance.  And they never would have. 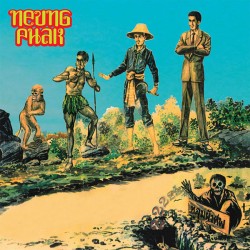 Probably the rarest and least-known of the bunch, this is most likely out of print, and not something you would find in Salem, at least not very easily.  I bought this record from Mark Gergis, when I saw his band Porest play in Portland.  This was one of two US performances for this artist, and I traveled out of town with a friend at night to see this show.  Mark, who had never met me, was really nice, and had no idea how much this night meant to me, had no idea how much I was looking forward to hearing this album.  He didn’t have to be nice to me.  Who was I to him?  And yet, I never got to hear this album before it was ripped off.  Mark, who heard about this, send me a digital copy, and for that I am eternally thankful.  But what did they see in this album?  In any of these albums, for that matter?

There were more.  There will be more.  Forever this event will haunt me.  Every sound is a window breaking, every movement someone stealing our stuff.  Who knows if this will go away?  Who knows if I will get over these being stolen from me.  I can only say that there is a part of me that wishes they would listen.  That they sat down, and by the end, found something meaningful in those albums.

Because I sure did.