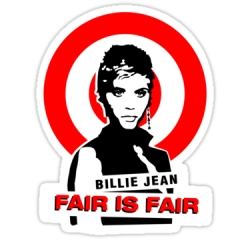 The Legend of Billie Jean was not a movie I expected to be familiar with when my wife first recommended we watch it a few years ago, and as it is among her favorite films, I didn’t see the harm in giving it a shot.  What I found out what that, very quickly, I did remember the film, but only in pieces, like in a dream.  It should go without saying that I later realized that this was also a favorite movie of my younger sister when she was a kid, that I had absorbed the film largely through osmosis.  I don’t remember sitting down to watch it intentionally at any point, but having seeing in twice in recent years, I now understand why it was – to my young mind – forgettable, but seems to be permanently etched into the minds of all women of a certain age.

The summer of 1985 was an interesting time in popular culture.  Punk, New Wave, Power Pop & Rock music were all mixing together, and film was starting to depict these pockets of America that were infected by all of this new artistic input.  Like the Rock and Roll scares of previous generations, “youth culture” was now something that was genuinely being paraded as a “threat” on the news, and small instances of kids gone wrong were blown out of proportion.  A number of movies tried to address different issues that were affecting teenagers at the time, and for every Heathers that was poking fun at teenage suicide, there were plenty of John Hughes movies to paint a “quainter” version of the scourge of America.

In the end, though, the typical kinds of problems that Hollywood has suffered from crop up time and time again, even when exploring the fringes of teenage rebellion: where are all the women at?  There are so few teenage films that pass the Bechdel Test that it is embarrassing, and while you have a few ensemble casts where there are both male and female characters, it is shocking to find how rarely the women are cast as anything but potential girlfriends for the boys, who are at the center of the story.  This problem is both embarrassing and counter-intuitive to another trope that you see in almost all movies about teenagers: the younger, not-yet-sexually-active sister who DOES embody all the same characteristics as the males: outgoing, in charge, doesn’t let people boss her around, etc.  The general thrust of most teen films is that young girls act like boys, until they “mature” and become objects for the boys.  Aside from taking your glasses off and shaking out your librarian hair, there are few other roles you can take on in movies about teen.

It would be a little ridiculous to suggest that The Legend of Billie Jean is a feminist tract, and there are a number of problems with this movie that cause it to fall apart under too much scrutiny.  But I’m not sure that plot hole exploration or rigorous third wave feminist theory application is going to explain by my younger sister and my wife – and, let’s face it, most women who grew up with this film – love this movie so much.  I think, very simply, that the movie sets up an experience that a lot of women can relate to, and then pays it off in the most satisfying way at the very end.

Sure, I’ll probably drop a spoiler or two as I go, but perhaps the biggest one is that this movie was a bit of a flop, and not the first (or last) for director Mathew Robbins, either.  (Although Dragonslayer managed to gain a cult following that was separate from the following Billie Jean has.)  But it did well enough in the theater to help making Pat Benatar’s “Invincible” a hit, and it turned Billy Idol’s “Rebel Yell” – at the time, a year old song that had failed to chart – into a charting song as well, aided largely by MTV playing the hell out of the songs.  But as a summer film, it was very quickly forgotten, and as artists began to tighten the rules about distributing their music in films, home distribution dried up.  It made it to cable, and some rental stores got a limited number of VHS copies, but for many years it was unavailable, and only in the last few has it be legally available in a digital form.  (Our copy is a burned DVD from 2006, won on eBay by my lovely wife.  The transfer is an SD Fullscreen transfer, and looks TERRIBLE on a good TV.)

Of course, all of this is in keeping the The Legend of Billie Jean.  The movie itself starts in the smallest way possible: a brother and sister from a trailer park find themselves the victims of an obnoxious kid, who destroys the brother’s scooter (and beats the kid up in the process).  With the help of two addition friends from the park – a younger girl named Putter and another friend who has borrowed the family car – go on a quest to get compensated for the trashed scooter, and to get their names cleared after the father of the obnoxious kid tries to exploit and extort the sister, Billie Jean.  After a series of adventures that continues to escalate the stakes of the film, it ends in a confrontation between Billie Jean and the sleazy dad, where most of the state of Texas turn up to watch her humiliate him, and then burn down most of his business.

And this guy deserved it, too.  In the course of this movie he belittles his own son and Billie Jean, tries to pay her for sex, tries to force her to have sex with him, exploits her name and image for money after she becomes a media sensation, and with the full knowledge that his son is guilty, refused to pay for the replacement scooter, or to apologize for any action he did during the film.  And, yes, loosing a business is hard, but he is rich, and will recover, while Billie Jean and her brother have to leave Texas forever, to restart their lives elsewhere, because Texas was so awful to them.  (The moral of the story: you can’t change Texas, so just leave.)